This year I was privileged enough to present six literary power tops to a crowd of over sixty thirsty patrons as part of Brisbane Pride Festival. For me it provided an opportunity to geek out hard over local storytellers I loved in a way that would both entertain patrons and stimulate creative minds. We began with a quick chat between Rae White, Shaun D’souza, and Paige Wilcox, who each shared samples of their work. 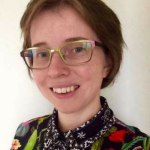 Rae is a non-binary poet, writer and zinester living in Brisbane. Their poetry collection Milk Teeth won the 2017 Arts Queensland Thomas Shapcott Poetry Prize and is published by UQP. Their poem ‘what even r u?’ placed second in the 2017 Overland Judith Wright Poetry Prize, and more of their poetry has been published in journals like Meanjin, Cordite, Overland, and Rabbit, among others. In addition to this, their collaborative zine #EnbyLife is well-regarded for having enriched the lives of non-binary folk back in 2016. 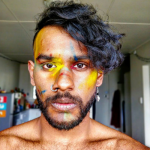 Shaun is an LGBTIQ+ artivist from India residing in Brisbane. Currently a youth worker at Brisbane Youth Service, Shaun is a person of colour who identifies as pansexual and gender trans non-binary. They dabble in social artivism via visual media, spoken word poetry, fashion, and queer rights advocacy. While Shaun is yet to publish work of their own, they’ve already made waves in 2018 with their unique voice and dedication to intersectional storytelling wowing Brisbane’s poetry circles. 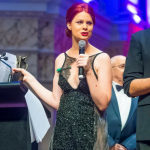 Paige is an award-winning author and activist who was assigned male at birth. She’s been sober for two years with no fixed address, lead the QLD branch of Out for Australia, and currently works full-time for the University of Queensland. Using intentional storytelling, Paige has written five memoirs intimately exploring how these parts of her life intersect, and often speaks about this queerly at professional and medical events. They were also chosen to cohost the 57th Annual Queens Ball Awards earlier this year (where they #slayed).

These first three speakers received a ton of exposure in 2018 because of their hard work, and I dare say people have become familiar with who they are. What folk aren’t so familiar with, however, is the vibrant community of queer zinesters and comic artists blossoming in the shadows of these local celebrities. You might catch us outside a larger event where a small press market’s been set up as a filler. Or, you might actively seek us out at a small press fair like Festival of the Photocopier (Melbourne) or ComicStreetAU (Brisbane).

In whatever way zine culture appealed to our patrons, Queer Literature Night’s second half was aimed at welcoming them into our burgeoning community and teaching them more about what we do. Rae White joined local zinesters Jess Rankine and James Goldsworthy, as well as local comic artist Carlo Angelo, for an in-depth discussion on the joys of independent publishing. As host, my job was using these babes to show our patrons how zines and comics could help emerging queer creatives.

Comic artist, illustrator, and writer, Carlo Angelo grew up in Cairns before moving to Brisbane to pursue a degree in animation – graduating with first class honours. Digital art is his main platform. He illustrates the webcomic serial Rogue, and has written short stories for Less Than Three Press. Carlo has intentions on trying his hand at game development as a narrative designer using Twine and Ren’Py in the near future. As a queer creative, one of his main motivations is crafting better queer narratives in fantasy and science fiction. 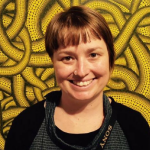 Jess Rankine is a queer, intersectional feminist who creates zines as a way to share her stories. She is child-free by choice, lives in suburbia with her partner, flatmates, dogs, chickens, cat, and turtle. Other achievements include getting out of bed most days to go to work and not drinking alcohol before midday. Jess believes that the personal is political, and her writing is published entirely through the photocopier. She’s been described as ‘fat’ from car windows and ‘lesbian feminazi’ by upstanding citizens on the internet. The glue has just dried on her forth issue of Queef: a queer feminist perzine that focuses on her experiences of the same-sex marriage postal vote, as well as the queer experience post marriage equality. 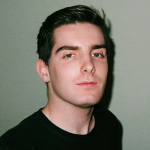 Originally from New Zealand’s North Island, James Goldsworthy now lives on a train line between Brisbane and the Gold Coast. He’s had work published in AVRA, FreezeRay, IBIS, and Pinstriped Zine, and was the 2016 recipient of the Kelly van Meurs Memorial Prize (QUT) for his outstanding commitment to the arts. When not writing or lip-syncing to Kylie Minogue on sticky nights, James acts as both editor and visual artist for PASTEL Magazine: a super-coloured literary zine with an especial taste for eclectic prose, poetry and visual art.

The night was a huge success, but obviously I’m not satisfied with leaving it there. By now you should know I’m a massive zine nerd, and zine nerds like me have to get their fix or we die. But why zines? Why so obsessed?

TLDR: ‘because queer zinesters are friggin’ awesome’. That’s why.

The attraction to zines makes sense once you’ve picked up a few. For some queer folk, zines are a way to insert ourselves into social narratives that don’t reflect our personal identities – whether that narrative be mainstream society or the queer community itself. The ‘perzine’ (a zine that focuses on educating readers by sharing personal stories) can provide a positive way to reconcile feelings we’ve no other way to get out. With zines we can also control who has access to these stories and how that audience accesses them.

Zines are particularly important for queer folk because they pass on our collective identity (our history and our language) from peer to peer, and help us find commonality with other queer folk regardless of whether our experiences are shared by them or not. By sharing our experiences with others using a queer-specific dialogue, we queer zinesters help perpetuate the collective, queer identity in ways mainstream media fails to do.

Rae White’s #EnbyLife and Jess Rankine’s Queef are excellent examples of how we perpetuate these queer dialogues through zines. Carlo’s Rogue demonstrates how indie publishers help to fill gaps in media by taking control of how queerness is presented in various genres. Lastly, James’s PASTEL Magazine demonstrates how queer folk can come together through zines to legitimise each other’s responses to media.

But it’s not all serious: it’s also a ton of fun. Zines constantly challenge my way of thinking and help me develop my artistic skills as both writer and visual artist. It allows me to connect with amazing people and contribute to a wider community, which is of huge importance to my personal identity. I’m passionate about educating people on the limitless functions of zines, and I extend that passion to you now by inviting you to start your own zine journey.

And that’s it. You made it!

Or you gave up half way. Either way you’re brave for having clicked that link in the first place. Kudos, you.

A huge thank you to all the folk mentioned above and Avid Reader Bookshop for hosting us. A reminder, too, that you can connect with me on [Instagram], [Twitter], [Facebook], and [Tumblr]; and purchase my zines from [Etsy]. If zines are totally your thing then don’t forget to hit that like button and leave a comment to let me know what you think.